our recipes are recommended by 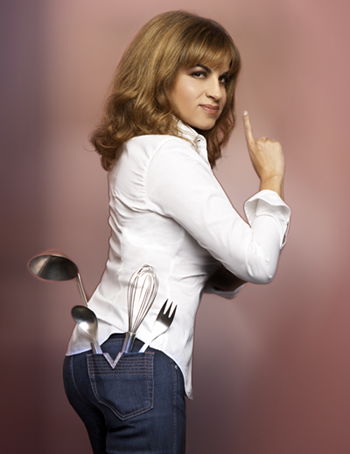 Mrs. Myrsini Lambraki was born in Crete, the island which is known worldwide for the healthy eating habits of its inhabitants. Myrsini was born into a family with gastronomic roots, given that her great-grandfather and uncle were chefs.

She studied at the Law School of Athens, Department of Political Science and Public Administration. In 1994-95 she received post-graduate training in Finland and Portugal in the field of cultural promotion of tradition products. This training was organized by the Council of Europe and the Marcel Hicter Foundation. However, she was soon won over by traditional cooking and embarked on a personal voyage to the exciting world of tastes.
From 1997-99 she had a dedicated column in the Sunday issue of “Kathemerini” where she wrote articles about nutrition and gastronomy. She also contributed to Greek and international journals, e.g. in “Kitchen and Quality of Life” (Greek), “News from Oeneas” (Greek) and the “Vegetarian TIMES” (intl.).

Myrsini teaches Hellenic and Cretan cuisine and the creative use of local products to unemployed women and in groups of people in agrotouristic education.

From 1999 to 2001 she was co-presenting the “Golden Recipes” show on ET1 TV and in 2004 the “Peri Orexeos Kolokythopita” in KRITI TV. Today she has her own gastronomy show on SKAI TV and is also on air on SKAI radio at 100.3.
Her first book “Ta Horta” (1997) (tentative transl. “The Greens”) was a most difficult project involving the collection of massive information about plants and greens. Finding an eager publisher was even more difficult. Currently the book is in its 10th edition and is considered one of the best of its kind in the world.

Myrsini has published a series of gastronomy books, many of which became best sellers, e.g. the “Olive oil, tastes and 5000 years of culture” (Hellinica Grammata). This book is very analytic about the history of olive culture and the use of olive oil in Greece (from antiquity to modern times). In addition to its plethora of heritage information, the book also includes 250 recipes all of which include olive oil. The book has been translated in English, German, French, Italian and Dutch. Currently, it is in its 5th edition. Publishing Houses from Austria, Korea and Romania have signed agreements for the transfer of rights.

In 1998 Myrsini published the monograph “O Bakaliaros” (tentatively: “The Cod”). In 2002 she published a guide about the herbs in Greece, “Herbs, Greens and Fruit: the key to the Mediterranean diet”. This book has been translated in English, German, French and Dutch. In the same year she published yet another book, “Greek cuisine: An easy guide for all”, which is in circulation in the Greek, English and German languages.
Myrsini and Mrs. Engin Akin from Turkey co-authored a book in Greek and Turkish which was released in 2002. The tentative English title of this book is “Greece and Turkey at the same table”. This book was sponsored by a Turkish Bank and offers a gastronomic tour of both countries. In 2003 Myrsini published “Honey – Wild flowers & Healing Plants of Greece”. This book currently circulates in Greek, English, French and German.
Also, Myrsini has been the recipient of national and international awards, for example the Gourmand World Cookbook Award for her book “Greece and Turkey at the same table”. This book was recognised as the best cook book in the world on the subject of the Mediterranean cuisine.
Furthermore, Myrsini has authored travel-gastronomy guides and writes articles in various newspapers and magazines (e.g. the “Gastronome” of KATHEMERINI, “MELATHRON”, “PATRIS”, “OENOHOOS”, “FORMA”). Her first book involving research in the Greek islands, “Nison Jefsis” (tentatively: “The tastes of Greek islands”), was published in 2004; the second “Tastes of Greek Islands: Santorini”, was published in 2005 and “Elliniki Gastronomia, taxidi jefseon kai politismou” (in Greek only) in 2006. A tentative translation of the latter title is “Greek gastronomy – A trip through tastes and culture.”

During the same year a new book came into circulation, “Cretan Cuisine for Everyone”. This is a thematic collection of traditional recipes and circulates in the following languages: Greek, English, German, French, Dutch, Russian, and Italian.
Early in 2008 a bilingual cook book, “365 places, 365 recipes”, came into circulation by the Myletos-Myrsini Editions. 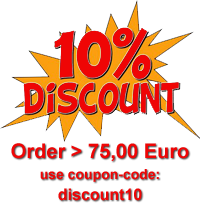 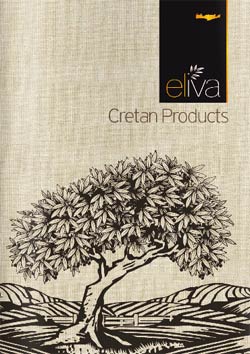 Your data are safe!

This is important to us...